Bookingsweden was launched in Kalmar, Sweden in 2019 with the aim of encouraging domestic tourism in Sweden. Its founders hope the platform will challenge the online hotel booking sector by offering a more personalized booking experience through travel tips and advice from local contributors.

How user testing with eye tracking helped Bookingsweden optimize its website before launch.

Embarking on a new project to take on the highly competitive sector of online accommodation booking meant Bookingsweden needed to launch with confidence. Using eye tracking allowed the team to identify and fix usability issues with the site before it went live.

Swedish startup Bookingsweden.se set out to challenge the major online hotel booking conglomerates like Expedia and Booking.com in the Swedish hotel market. The company’s platform is built around the concept of offering good value hotel and holiday home rates alongside destination tips and advice from locals.

This is done with a view to increase domestic tourism in the Nordic nation and help the local tourism economy. The Bookingsweden website functions in a similar way to most other booking sites, so ensuring its functionality was comparable to its competitors was essential when it launched in March 2019.

Bookingsweden.se had run dozens of user tests without eye tracking prior to the launch and felt most issues were resolved, however, the inclusion of eye tracking ahead of the launch uncovered several usability problems.

With the help of user experience researchers at Visualix, at Linneaus University in Kalmar, who specialize in biometrically enhanced user testing, the team used Tobii Pro Sprint to see the gaze of test participants as they navigated the website. This revealed several pieces of previously unknown information; one was that an icon, which delivered a key feature regarding the selection of hotel distance from a chosen point, was not perceived by users to be a tool or button. It was also discovered that several other features and buttons were not adequately understood or seen.

Eye tracking was really helpful because you saw how they were visually exploring the website even if they weren’t physically taking any action, for example, if they spent 3 or 4 seconds looking at a button before they hit it, it told us they didn’t easily understand what it meant.

In the days following the tests, the Bookingsweden.se team made several changes to the platform’s features, including adding pop-up descriptions for some tools, adding new content around certain features to help explain them, and creating curser changes when hovering over some buttons.

These changes were all informed by the information gathered from the use of eye tracking during user tests which saved the team time, money, and resources trying to fix these things post launch or perhaps continuing without being aware of them. The team now plans to incorporate user testing with eye tracking into future phases of the website’s development. 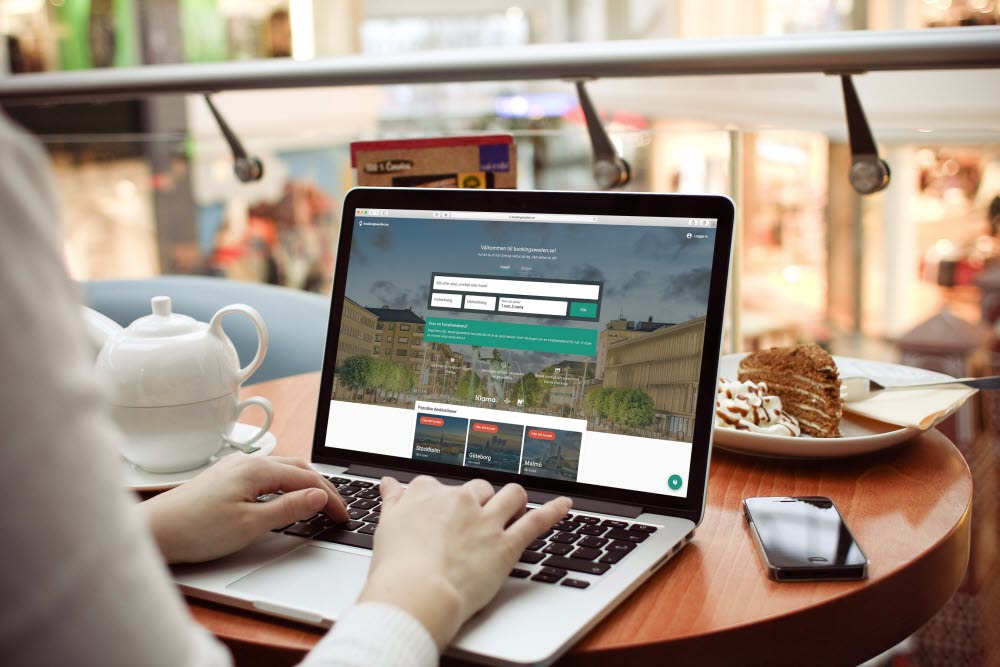