Eye tracking is used in developmental psychology to explain infants' growth and transformation in cognitive, social and emotional abilities. At the Department of Psychology's Child and Baby Lab at Uppsala University in Sweden, Claes von Hofsten and his fellow researchers use eye tracking to measure development of infants' object representation and study the differences in social interactions in children with typical development and children with autism.

The ability to remember (represent) temporarily occluded objects is an important milestone in early infancy. This ability helps the child relate to things other than what is directly perceivable. In addition, infants' enhanced object representations help them increase their ability to relate to the external world, predict future events and successfully interact with their surroundings. The Child and Baby Lab at Uppsala University uses eye tracking to investigate how this ability develops during the infants' first year of life.

Participating infants are shown different movies in which a ball rolls toward and disappears behind a screen. After an interval that corresponds to the time it takes for the object to move to the other side of the screen, the ball reappears on the other side. As infants watch these events a Tobii T120 Eye Tracker is used to measure where they look.

Using this method, the researchers have been able to demonstrate that infants can represent temporarily occluded objects from the age of four months. In addition, they can demonstrate that six-month old infants can represent occluded objects for up to four seconds. At this age infants also possess the ability to learn novel events after only a few presentations and remember these events for at least 24 hours. 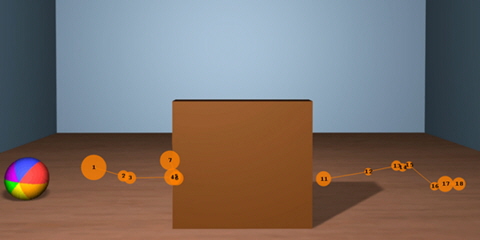 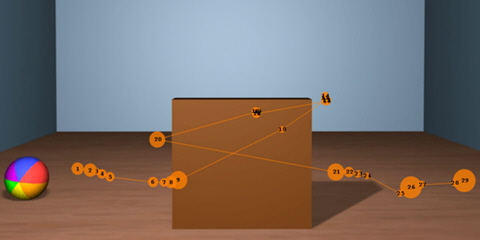 Motor performance often relies on a complex relationship between motivation, perception, planning and motion, and is not just a question of control over muscles. Even in newborn children movements are not just simple reflexes. For example, the way infants reach for an object is related to how they plan to use it—throwing the object or placing it in a box. Also, infants tend to imitate the purpose of an action rather than the structure of the movement itself and will only reproduce it if the outcome of the action was interesting enough for them. Thus early in their lives children seem to be able to act as agents in their environment and to anticipate what will happen next. These findings raise interesting questions about infants' motor and cognitive development:

A Tobii X120 Eye Tracker is used at the Child and Baby Lab to study infant action motor development.

"We have spent a lot of time setting up different eye trackers to work with babies in our lab. Tobii eye trackers provide several advantages compared to other systems. They offer large freedom of head movement and non-intrusiveness, which is mandatory for baby testing. Calibration and recording is also much more straight-forward than anything else we have seen."

Autism is characterized by severe and pervasive impairments in several important areas of development, reciprocal social interaction and communication as well as behavior and imagination. Since late diagnosis hinders good treatment and prognosis, research into the early and identifying markers of autism is crucial. Early and intensive interventions improve chances that children with autism and their families will get adequate help and support.

The Child and Baby Lab uses eye tracking in studies of children with autism to understand more about their strengths and weaknesses. 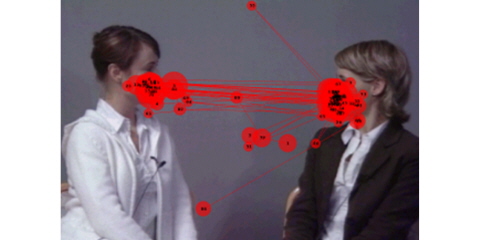 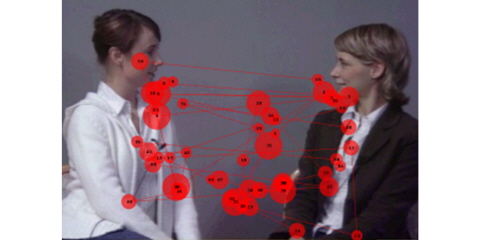 "We have collected large volumes of very high quality data using our Tobii systems. This has enabled us to obtain research results in infant studies that would have been time-consuming or even impossible using traditional eye tracking systems."