Explore other sections or get help

The Data Export tool in Pro Lab enables you to export the raw and filtered GSR data along with gaze data and stimulus display information. The export produces a tab-separated values file (.tsv) that can be imported into other software for further processing and analysis, e.g., Excel or MATLAB scripts. GSR data must be exported from Pro Lab when you need to apply advanced GSR analyses that are not supported in Pro Lab. Examples of these analyses include: separation of tonic and phasic components of the signal, calculation of SCR by means of deconvolution analysis in software tools such as Ledalab (MATLAB) or normalization of your GSR data.

Once we generated the recordings with a Shimmer3 GSR+ device , to export the GSR data from Pro lab:

The data is saved in a column in a tab-separated values file (.tsv) together with the selected gaze data, fixations, stimulus and manually logged events. This data can easily be imported and processed further by Excel, Matlab or Python scripts. 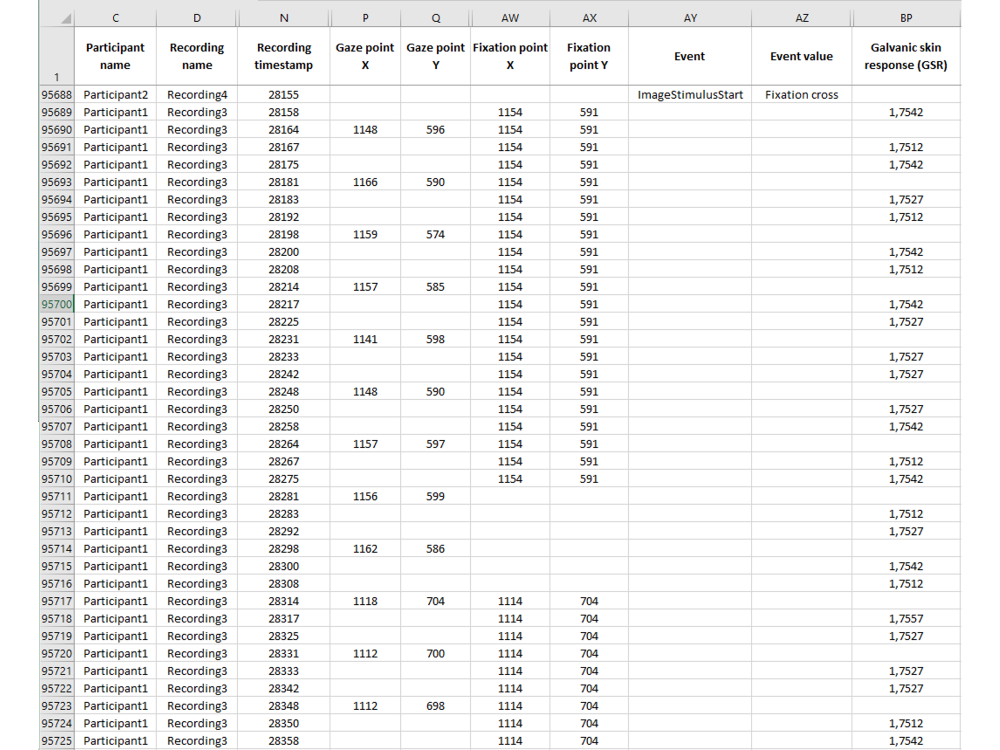 Each column of the *.tsv output file contains the type of data specified by the name in the top row of the column. All data types are described in the Tobii Pro Lab User Manual, in section 8.5.

In the image above we can also observe that for everyone eye tracker timestamp you have two GSR timestamps, This is due to the fact that the eye tracker and the GSR device have different sampling rates (60 Hz and 120Hz respectively). 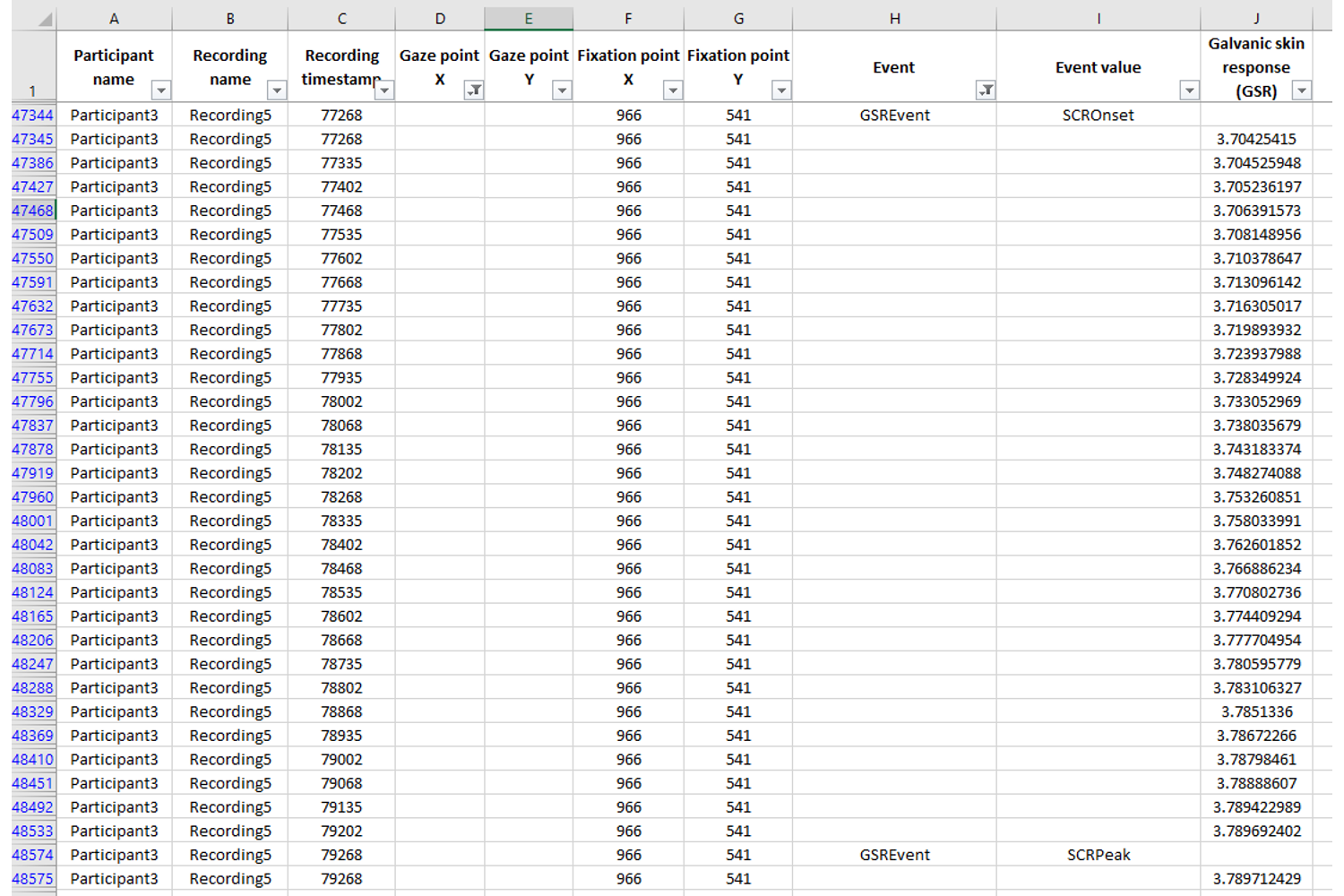